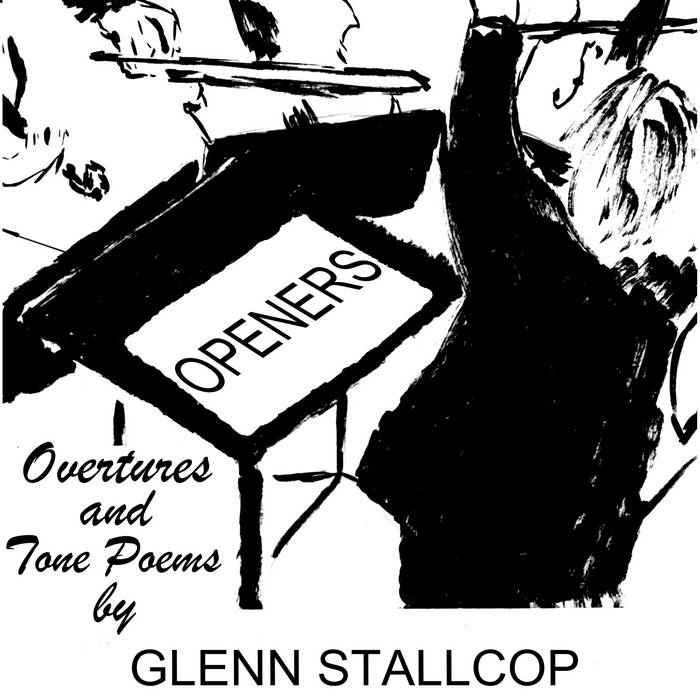 The album Openers features a collection of overtures and tone poems written by Glenn Stallcop over the last forty years. Stallcop, who retired in 2019 after forty-six years as a double bassist with the Phoenix Symphony, wrote three of these works for the Phoenix Symphony. Two of the remaining works were commissioned for youth symphonies in Arizona, and one of the works is new. The Phoenix Symphony has also performed two of his feature length works, Millennial Opening, and City Music (twice), and three of his works featuring string orchestra.

Stallcop, whose orchestral music has covered a lot of ground stylistically over his career, tends to think of his music as post-modern yet performer-centric. He considers the performance experience as paramount, and is intent on creating music that is fun and moving to perform.

Also represented in his compositions is his experience of what amounts to a parallel career as an improvisational pianist. Music from his many albums of solo piano improvisation has found its way into his orchestral compositions, especially his later works. He often uses a transcribed piano improvisation as an initial sketch for his written compositions. This technique was used in two of the latter pieces, Five Bells and Aperitif, but is also used (for the first time) in one of the earlier pieces, Couplet for a Desert Summer.

As the album title suggests, all the works here are meant to be the first piece on an orchestral program. Calypso Round, In Apprehension of Spring, and Sunscape are traditional overtures. Aperitif and Five Bells are opening tone poems along the lines of R. Strauss’s Don Juan or Tchaikovsky’s Romeo and Juliet. Couplet for a Desert Summer is a fifteen-minute two-movement work that could possibly occupy a different place on a program, but works as well as a concert opener.

Glenn Stallcop, composer and cover artist
www.stallcop.com
All music published by American Composers Alliance (BMI) composers.com/glenn-stallcop
Music realized through the use of the software NotePerformer